Last week we were finally feeling better (or at least well enough to be playing games again...) but our friends who had joined the Greek Mythology Campaign were heading out of town. Rather than forge on ahead without them, we decided to try something a little different...

I set up a game set in the fictional African nation (or region, in this case) of Timbogo – the setting of many more modern wargames and adventures on the “Dark Continent”.

The scenario gave me the opportunity to explain foreign exploitation of African resources and colonization by Europeans. After that the kids decided they wanted to play the “good guys” (the African natives).

The Lederhosen/Schnapps Expedition arrives in one of the last regions of Africa to be explored by Europeans. The region has thus far thought to be mostly devoid of desirable resources to be plundered combined with the fact that the area is so far from the coast or, until recently, any trains as to make exploitation of any resources not economically feasible. Also the rumours of the combative nature of the occupying tribes have thus far kept Europeans at bay. But as the map quickly gets gobbled up and colonies established the race for even the most desolate regions has picked up in pace…

Lederhosen/Schnapps Expedition has to press through off the other side of the table with all of their expedition gear.

I had come up with a system of victory points for the scenario, but I forget what they were…

(Remember: click on the pictures for a bigger version) 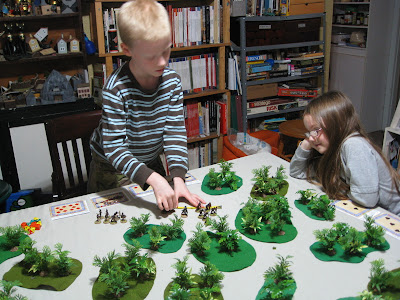 The Africans make their first moves. 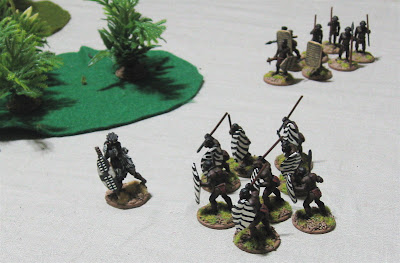 Kulumbo Ngonk leading the Timbo Tribal Warriors. The Young Warriors can be seen behind them. 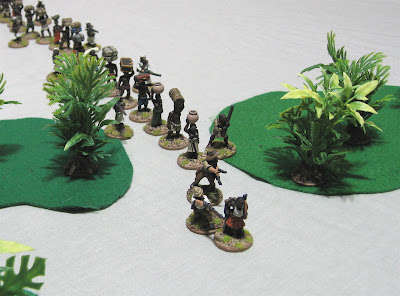 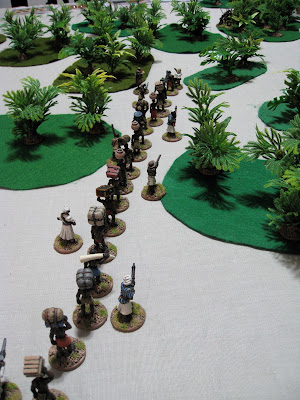 The Lederhosen/Schnapps Expedition enters the jungle. 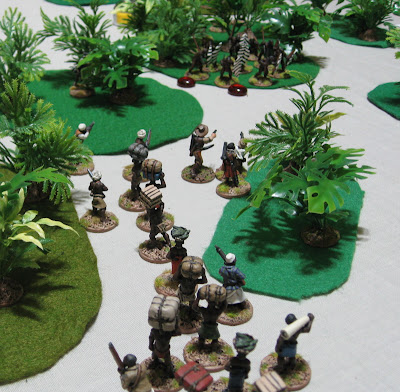 Unsure if the movement in the bushes is angry natives or angry wild animals Lederhosen and Schnapps don’t take chances and open fire! 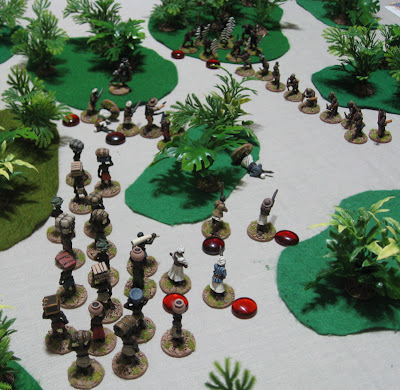 The Timbo Archers ruch out of the bush and pin-cushion the African Mercenaries. 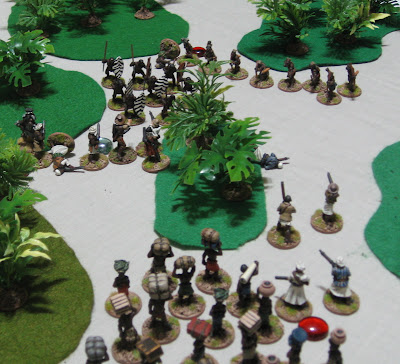 The Timbo Warriors move out! 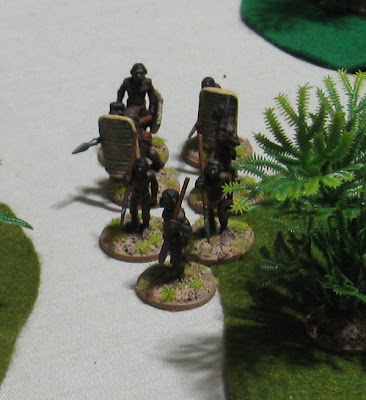 Wait… what are these guys doing…? 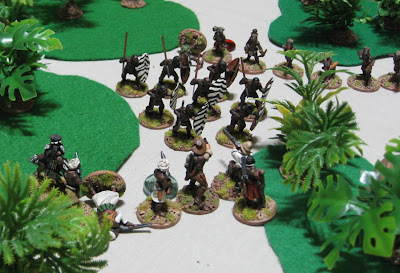 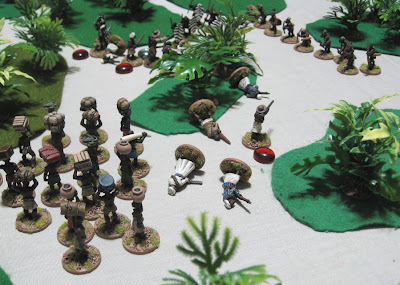 The last African mercenary goes down in a hail of arrows. 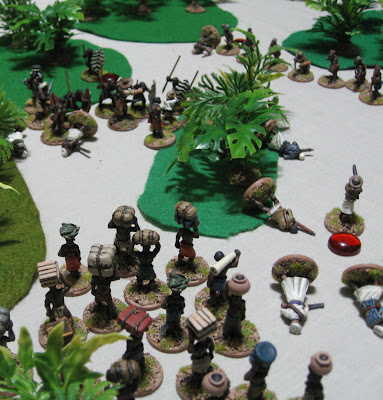 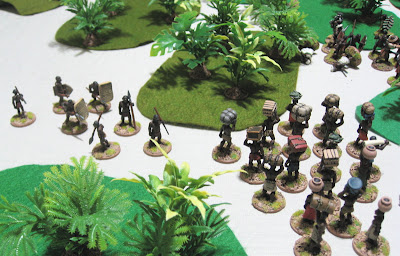 Things go from bad to worse: the Young Warriors arrive to plunder the baggage train! 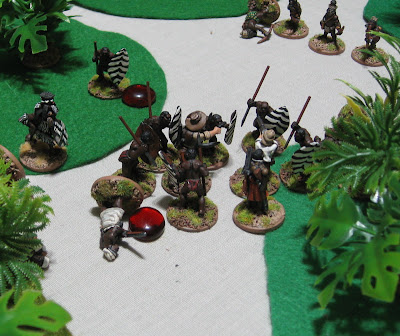 And things have been going downhill in Timbogo ever since….
Posted by tim at 11:12 AM